The truth about bats

Posted by Richard Barker at 7:34 PM No comments:

Rummaging through my drawers

I've kind of fumbled and dropped the Eggmen ball. After doing them for a few years now I seem to be in a solid groove and I have more ideas for them than I'll probably ever have time to use. But I'm not feeling any particular urgency to get them done. For the last few days I've been doing almost nothing but gardening. Christ, I hardly know myself any more. There might be a bit of Eggmen action before Christmas but, if not, I'll start again shortly after. Christmas is usually a time for Lego and video games in our house anyway.
One other thing I've been doing is poking into the dusty little corners of my life and seeing what I find there.
The 3 pictures below are from a rather grandiose and over-reaching project I (almost) started a few years ago. I was going to make up the story as I went along and render every page in a different medium - just because. Not surprisingly, I didn't get very far; not only was the whole idea kind of contrived and pointless but I didn't have the skills or the patience to pull it off. I also never had a story although it was going to involve the central protagonist going mental and hijacking a Metro bus in order to go on a nice drive in the country.
Anyway, as much as what you see here is half-arsed, overworked and unfinished, I'm starting to think 2013 might be time to get recklessly ambitious again. But I'm still not going to finish this thing.
Page 1 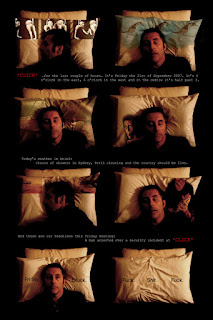 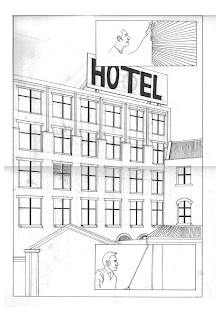 Posted by Richard Barker at 1:04 PM No comments: 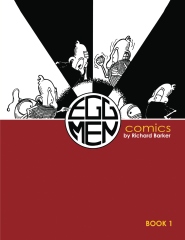